Gill O’Donnell, in her review of the orchestra’s Autumn 2016 concert, wrote;

“The unexpected hospitalisation of conducter, Ola Ness, earlier in the week might have thrown a lesser group but instead Settle Orchestra rose to the challenge and behaved with true professionalism. Following only one rehearsal with their new conductor for the evening, Leo Geyer, their concert was truly outstanding and there was a very palpable sense of determination as everyone seemed to up their game in order to make sure that the evening went well. Leo Geyer is totally fascinating to watch when conducting as he appears to be totally lost in the music being created while every inch of him is totally aware of what is happening within the orchestra and he is communicating with them on so many different levels, with minute gestures and flickers of eye contact.  Little wonder then that one overheard comment was how much the orchestra seems to have become revitalised of late and so much more confident in their playing. This was certainly an ambitious programme and yet the effect was one of total control, and if there were any feet scrabbling away beneath the surface then the overall impression was most definitely one of serenity.

The evening opened with great drama with Shostakovich’s Festive Overture.  Written to commemorate the anniversary of the Bolshevik Revolution this is a loud and dramatic piece filled with fanfares, exuberance and played at a frenetic pace. In short a highly charged theatrical romp of a piece – and the orchestra clearly enjoyed themselves immensely bringing a wild energy to this explosive work.

The centrepiece of the evening was Hummel’s Concerto for Trumpet and Orchestra which featured Adam Stockbridge as soloist.  Adam began learning the trumpet at the age of eight and for many years peformed with Settle Orchestra before graduating in 2015 from the Royal College of Music. He is now principal trumpet of Orpheus Sinfonia and returned to Settle as a soloist to help celebrate the Orchestra’s 50th anniversary.  The piece proved to be not only a wonderful showcase for his talent but also demonstrated perfectly the versatility and range of the trumpet as a solo instrument, as the various movements allowed for an array of techniques to be employed. The lively performance was greeted by rapturous applause by an enthusiastic audience.

The evening closed with a performance of Tchaikovsky’s Symphony No 5 and again this was a perfect example of the amazing teamwork within the orchestra, with the various movements giving emphasis to different sections of the orchestra in turn. It is a very dark piece in places, with tremendous solemnity giving way to brooding melancholy and then wildly explosive passages with great potential for the timpani and shimmering brass solos which in turn give way to elegant string sections. A remarkably dramatic piece it enabled the audience to enjoy the orchestra in many forms, not least a number of excellent solos which were woven into the evening.

All in all a marvellous night and a fitting tribute to the orchestra’s heritage in this special year.” 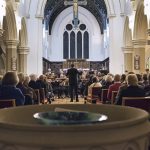 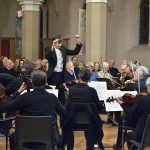 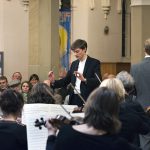 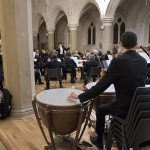 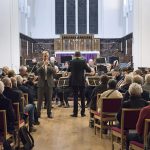 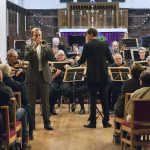 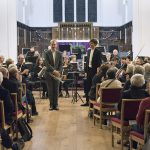 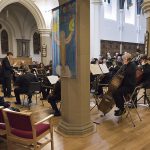 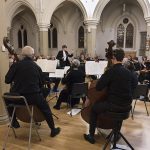 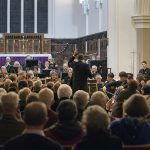 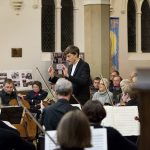 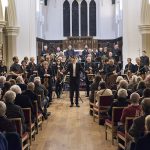